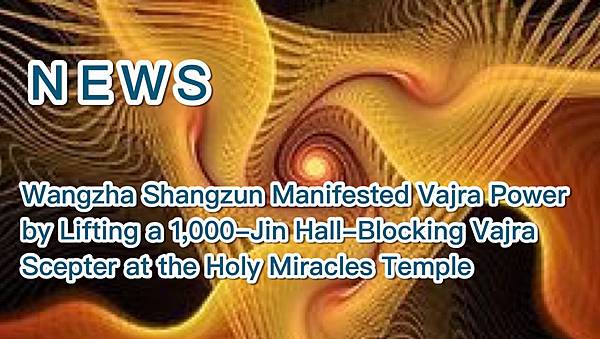 A True Story: 100,000 Prostrations by a One-Armed Person who Learns and Practices the True Dharma of the Tathagata from H.H. Dorje Chang Buddha III.﻿ 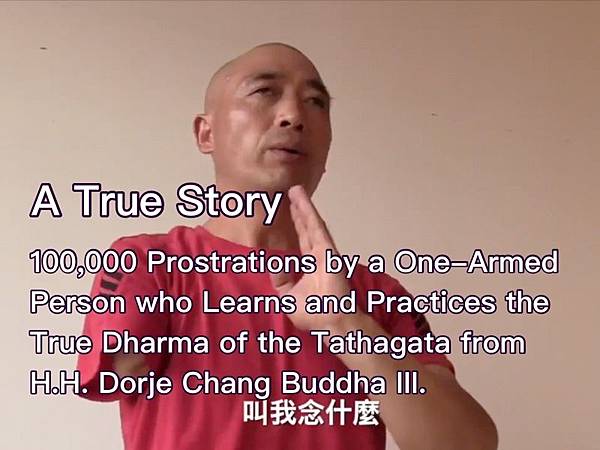 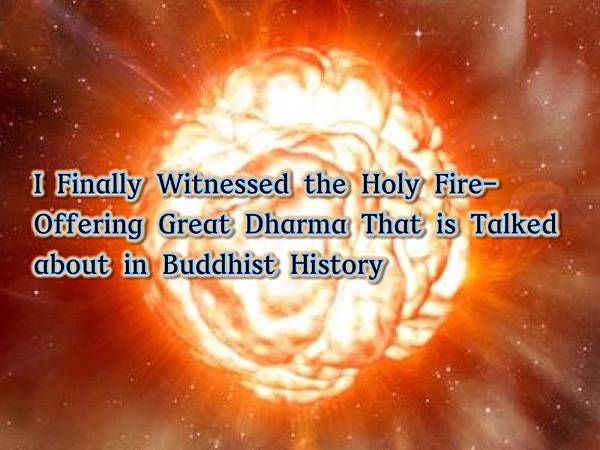 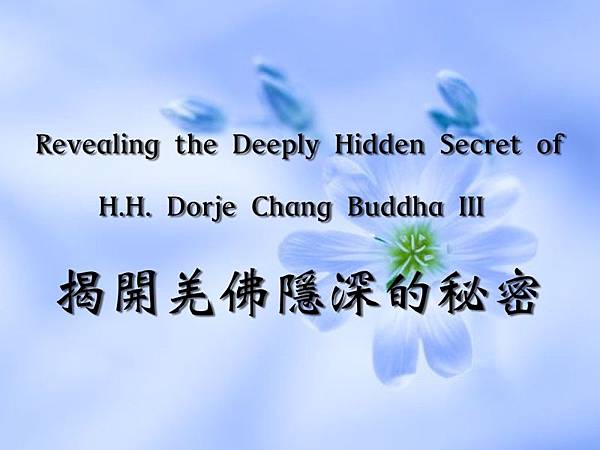 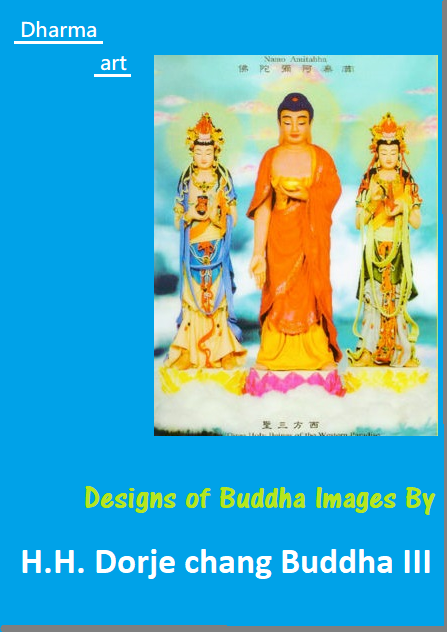 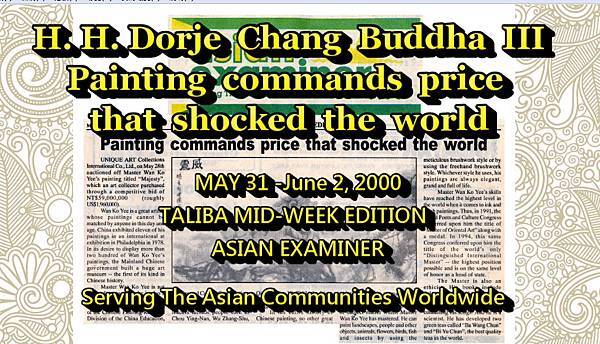 Reports in a Series about H.H. Dorje Chang Buddha III

On April 3, 2008, a solemn and dignified first-publishing ceremony of a fact-recording book entitled H.H. Dorje Chang Buddha III, which published jointly by the World Buddhism Publishing LLC and the World Dharma Voice, Inc., was held at the Library of the Congress of the United States. The book was also formally accepted into the collection of the Library of the Congress of the United States. Only since that time, did people in the world know that Master Wan Ko Yee, who had been broadly respected by the great masses and who had also been known as Great Dharma King Yangwo Yeshe Norbu, had been recognized by the world’s leaders, regent dharma kings, and great rinpoches of Buddhism through official documents as the third incarnation of Dorje Chang Buddha, who is the primordial Sambhogakaya Buddha of the universe. The Buddha’s name is H.H. Dorje Chang Buddha III. Since then, people began to address His Holiness the Buddha by “Namo[1] Dorje Chang Buddha III.” This is similar to the situation that Sakyamuni Buddha’s name was Prince Siddhartha Gotama before attaining Buddhahood. However, after Sakyamuni Buddha had attained Buddhahood, His title changed to “Namo Sakyamuni Buddha.” That is why we now address His Holiness the Buddha as “H.H. Dorje Chang Buddha III.”
(繼續閱讀...)
文章標籤
#第三世多杰羌佛 #成就解脫之路 #第三世多杰羌佛正法 ＃一念之間 #隨緣自在 #Ｈ.Ｈ.第三世多杰羌佛 ＃三世多杰羌佛 #HHDorjeChangBuddhaIII

After viewing the exhibits on display at the International Art Museum of America, many people mention that paintings created by H.H. Dorje Chang Buddha III (H.H. 第三世多杰羌佛), which are among those exhibits, are divided into sixteen different styles of painting.  They want to have a more detailed understanding of those sixteen styles of painting.  Therefore, we provide below a brief introduction to those different styles. 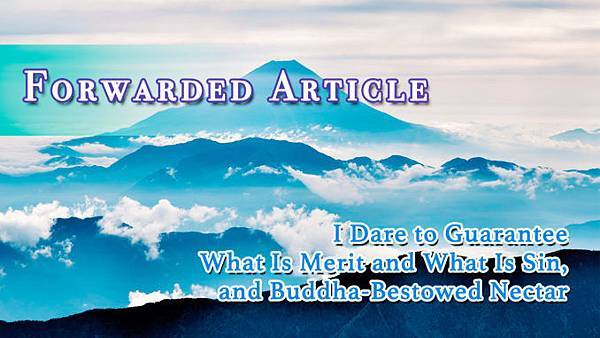 I Dare to Guarantee What Is Merit and What Is Sin, and Buddha-Bestowed Nectar

Great holy virtuous ones elucidated, “The effect of an inner-tantric initiation is to invite the yidam (a Buddha or a Bodhisattva) to come to the mandala to accept the disciple receiving the initiation. As long as the disciple cultivates and practices according to the dharma, his/her ending of birth and death is one-hundred-percent guaranteed!! The requirement of receiving an inner-tantric initiation is that one must have made real contribution to the true undertaking carried out by the Buddha and have created great merit. Examples are doing good deeds, relieving disasters, propagating the true dharma, practicing good karmas, abstaining from practicing evil dogmas, and contributing to temples with the genuinely true dharma of the Tathagatas.”

Yesterday, someone told me that some people thought that, since she had contributed a lot of funds to support and build temples, install Buddha statues, and visit famous mountains to pay homage to the Buddha, what she did is establishing great merit. Actually this is not correct. It could be merit, but could also be sin or negative karma. The reason is that you have to look at whether the temple is practicing the genuinely true dharma of the Tathagatas or not and whether the abbot of the temple is an ordinary person or a holy virtuous one at a certain level. If the abbot is a holy virtuous one, you will have merit to speak of. If, on the contrary, the temple’s abbot is an amateur to Buddhism or a master of evil teachings, the temple will transmit false Buddha-dharma and practice evil views from generation to generation and may even engage in forecasting based on word analysis, fortune telling, and spreading superstitious belief to heretics, strange or paranormal phenomena, evil deities, or spiritual manifestations. Such a temple will become a site of defrauding living beings and generating sin and negative karma, and people who make offerings to build this type of temples will definitely be sinful and malicious accomplices. We understand that people who intend to do Buddhist work absolutely want to know making offerings to which temple and doing what Buddhist work are creating truly permanent merit, but we can only say “that is unclear.” The reason is that you must see whether what the temple advocates and spread belongs to the true dharma of the Tathagatas or not and whether the temple’s abbot is a holy eminent monastic or not. If the abbot is not a holy eminent monastic and is an amateur to Buddhism, there exists no cause of planting merit and there is no way to know whether the successor of the next generation will be evil or upright. 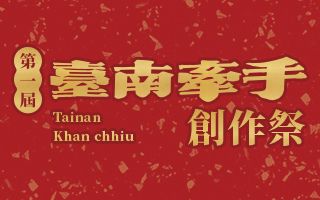 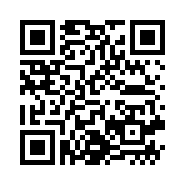