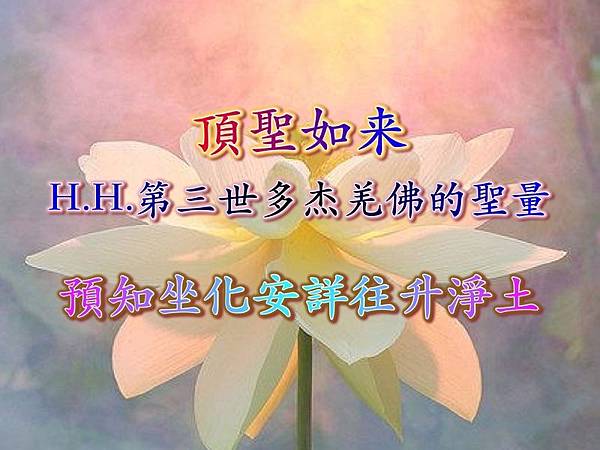 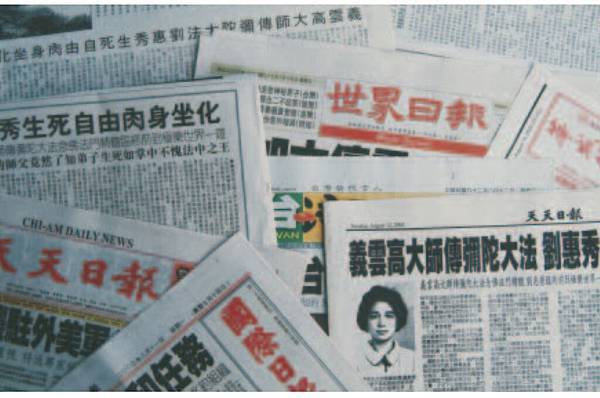 Dharma Teachers, Brothers and Sisters, Amitabha! What can I say today? I am simply grateful and very moved. I fear that I am so moved I will not be able to say what is in my heart. In order to be responsible toward the law of karma, I drafted a statement.

On July 7th of this year, I flew from Seattle to Los Angeles in order to seek the dharma from the Buddha Master on behalf of my wife, fellow student Hui-Hsiu Liu. The Buddha Master was compassionate. His Holiness clearly and solemnly said to me, “If student Hui-Hsiu Liu practices this dharma, as well as its related seed syllable, I guarantee that she will pass away in the cross-legged posture and be reborn in the Western Paradise of Ultimate Bliss. Moreover, she will definitely not experience any pain at death.”

It turned out just as the Buddha Master said. Before Hui-Hsiu Liu passed away, she did not even use morphine. She did not experience any pain at all. At about 5:00 in the morning on August 6th, fellow student Hui-Hsiu Liu sat up on her bed and said she was going to pass away. She then calmly put her favorite toy, a small cloth dog, in the same direction as she was facing. Then she got in the cross-legged sitting posture, put her hands in the mudra the Buddha Master taught her, and visualized the seed syllables. There she sat all the way until 9:55 that morning, when she passed away.

On August 5th, Sister Hui-Hsiu Liu’s situation was critical. From what my family members and I could see, her situation at that time was very critical. However, the Buddha Master told me over the phone quite resolutely, “Student Hui-Hsiu Liu will not pass away tonight. She will pass away tomorrow. You can set your mind at rest and let her sleep.” Dharma Teachers and fellow students, had the Buddha Master not seen long beforehand the exact time of Hui-Hsiu Liu’s passing, how could His Holiness confidently tell me that Sister Hui-Hsiu Liu would not pass away that night and that I should let her sleep? Just what type of a feat is that? Doesn’t this clearly demonstrate that H.H. Buddha Master is a holy being who represents the magnificent Buddha-dharma and that His Holiness is a saint of the highest magnitude?

On August 5th, the Buddha Master told me over the phone not to worry. His Holiness told me to set my mind at rest and let Sister Hui-Hsiu Liu sleep. At that time, I put the cell phone near the ear of Sister Hui-Hsiu Liu so that she could hear for herself the instructions of the Buddha Master spoken over the phone. After that call, she went to sleep.

After 7:00 in the morning on August 6th, the Buddha Master telephoned the President of the International Buddhism Sangha Association, Venerable Dharma Teacher Long Hui. The Buddha Master told her to go to the temple immediately and formally announce to all of the temple’s dharma teachers that they must at once travel to Seattle because student Hui-Hsiu Liu from Seattle will pass away that very day. The Buddha Master also solemnly declared, “However, she has not yet passed away.”

I would like to ask everyone something. No mater how ignorant, stupid, or simple-mined we may be, we should understand something. After 5:00 in the morning on August 6th, Brother Kuan reported to the Buddha Master that Hui-Hsiu Liu had already passed away. Yet, the Buddha Master had Venerable Dharma Teacher Long Hui go to the temple to declare openly that student Hui-Hsiu Liu had not yet died but that she will die that very day. The Buddha Master also instructed the dharma teachers to take off for Seattle immediately in order to conduct ceremonies for the deceased. Dharma teachers and fellow students, what other master in the world today would dare openly and formally announce before the death of a disciple that such disciple will pass away that very day? Doesn’t this clearly demonstrate to the people of the world that our Buddha Master represents the supreme and authentic dharma of the Buddhas? (They replied, “Yes! Yes!”)

On July 7th, on behalf of my wife, Sister Hui-Hsiu Liu, I beseeched the Buddha Master to transmit dharma. From that day until August 6th, when Hui-Hsiu Liu passed away, thirty days passed. Everything that occurred during that thirty-day period could only be explained by the fact that the Buddha Master represents the supreme and authentic dharma of the Buddhas. I could not find another master in the entire world who could resolve all of my many doubts about the seemingly impossible things that occurred.

Everything that I have just described, as well as many things that occurred that I did not describe today, is true. All of these occurrences are factual. I, Mark Lin, am not the only one to have personally seen them take place. My three children, Yi-Chien Lin, Yi-Pei Lin, and Ye-Shan Lin, as well as my son-inlaw Chris, were all present. If anything that I have just stated is false in the slightest, I am willing, together with my three children and son-in-law, to descend into the Vajra Hell realm with no chance of ever being released from there. (Everybody replied: Amitabha! Amitabha!) I am disciple Wu Dao. My Chinese secular name is Yung-Mao Lin. My English secular name is Mark Lin. I sincerely make this vow before the Three Jewels. Today is September 3rd, 2003.

(The above was excerpted by World Buddhism Publishing LLC and World Dharma Voice, Inc. from my recording on September 3, 2003.) 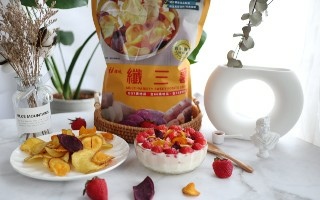 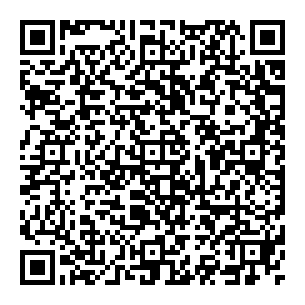